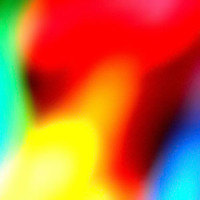 Styrofoam cubes, acting as main characters in a school in Vienna, took part in the 1st Travelling Exhibition of “Mosaic as Contemporary Art” in Europe. More than 40 artists from 22 nations have so far participated in this exhibition shown 18 times in five countries. After the latest exhibition no idea or planning existed as to the further use of the cubes.

Upon intervention of Mag. Michaela Aussendorfer the cubes profited from a temporary residence in the new secondary school. The idea to have the cubes after the 18 exhibitions painted anew by pupils assisted by two teachers, Silke Fay-Kolm and Kurt Kristopheritsch, resulted in a further small art project. The cubes were not only repainted with various different colours but, thanks to a suggestion by one of the pupils, individualised by applying the colours of the flags of the 26 countries represented in this school. In the course of one further process three classes were given the possibility of assembling the cubes according to their imagination without interference by adults.

For me – as silent observer – it was interesting to experience the gradual appearance of a concrete design following the initial random topsy turvy. The children confirmed that creating something in common, test an outcome, alter the model and construct a new one had been a unique experience to be repeated more often. They also told having realised that such activities promote the sense of togetherness while at the same time underlining the importance of each individual in a group. They thoroughly enjoyed the project. 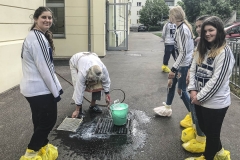 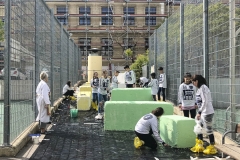 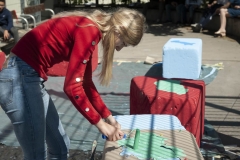 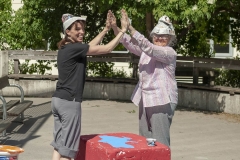 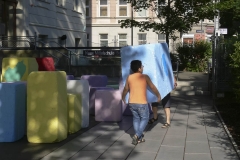 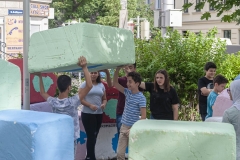 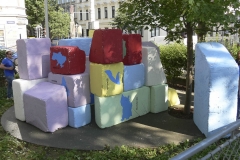 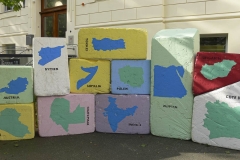 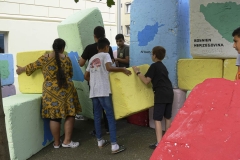 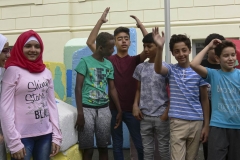 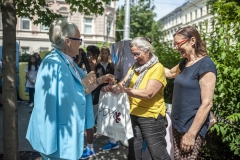